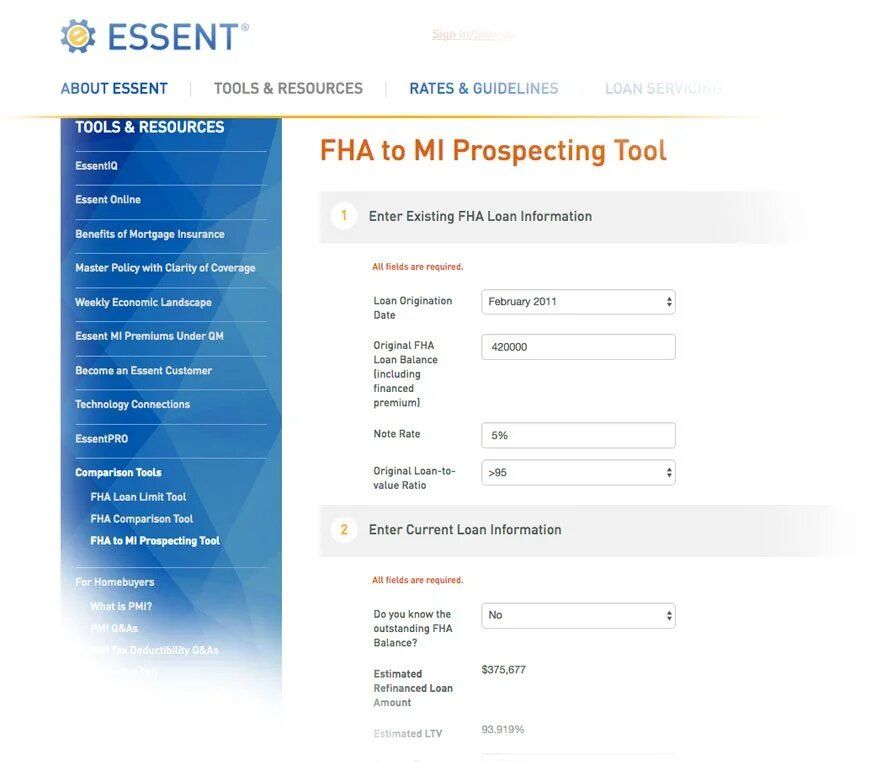 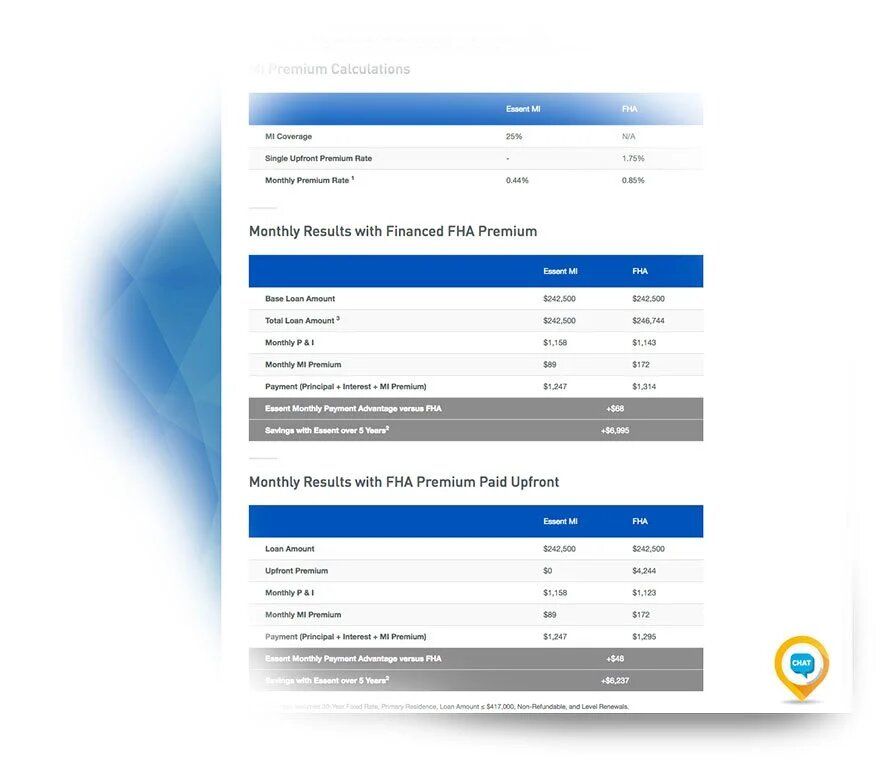 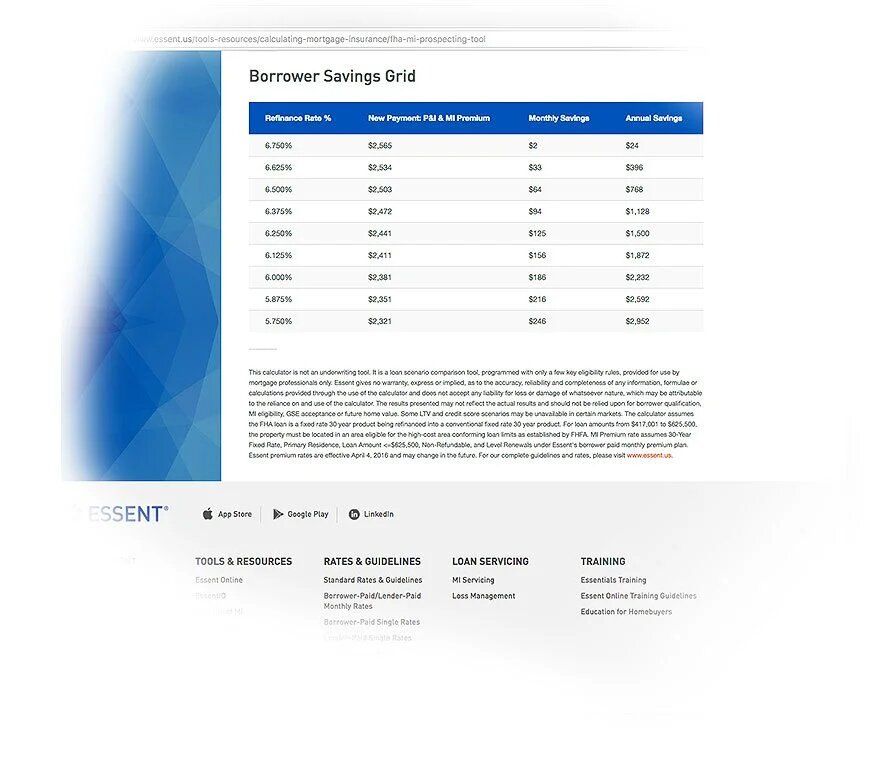 One of the most interesting projects Redsqware developed for ESSENT was the Essent Guaranty Mortgage Insurance Calculation Tools. These were a series of complex, logic-based calculation tools so that customers could learn how much money they’d save by using PMI (private mortgage insurance). These custom-built tools employed algebra and calculus to determine solutions using custom input values set by the user. Redsqware not only helped the client turn their proprietary formulas into working code, but we also assisted with rigorous QC to ensure accuracy of results; each calculation represented a vast number of potential outcomes.

These custom-built financial calculators are designed for B2B use, and factor in vast numbers of variable combinations; such as the year a mortgage loan originated (and legal requirements for that time period), federal regulatory restrictions (including presentation of data, maximum and minimum values), mortgage holder credit rating, overall loan value, loan term, outstanding loan balance, and estimated current value of a property.

Equally as important; the client had specified that these calculators had to be “smart” – dynamically showing the user the amount of savings that could be achieved in each scenario. The tools used modal boxes to display prompts whenever a user entered data that was either above or below certain value thresholds; dictated by Federal regulatory policy and the client’s products. The quintessential “killer app”; none of the company’s major competitors were able to develop compliant tools that incorporated the requisite mathematical complexity. The prospecting tools became a critical point of differentiation for the company’s customers, and dramatically increased site traffic.